Miss Would says that her look is inspired by Divine, who is well known as the inspiration for Ursula, the sea witch in the Little Mermaid.

Ebony puts on her corset to help shape her for her costumes.

After her makeup is done, Ebony pulls up her ripped black tights. 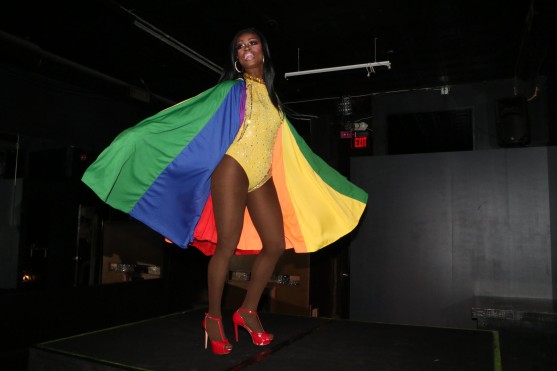 Symone Bishop shows her LGBTQ pride while dancing in a rainbow cape to commemorate Gilbert Baker who passed away on March 31st, 2017. Baker designed the rainbow pride flag in 1978.

Ebony talks with friends and fans before the show. 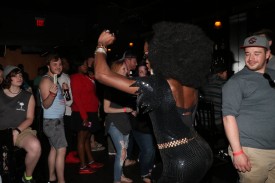 Symone Bishop dances during her number while bar patrons look on. 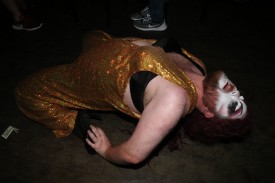 Drag Queen Ebony Would bends over backwards while entertaining patrons at PT’s 1109. 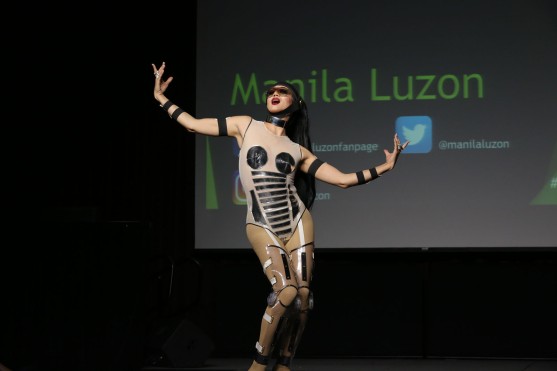 Veronica La Blank performs a commentary on bullying, body dysphoria, and self esteem at Birdcage 2017 as hosted by IRIS

Caleb Coker removes their makeup with several face wipes after a show.